WHAT TO DO IF YOUR BOAT LIFT WILL NOT RAISE

When you want to raise your boat lift, with or without the boat on it, switch on the blower motor(s), and turn your lever(s) to the lift/launch position. If you have multiple levers, then be sure to open them in the correct sequence. The lift will not immediately begin to rise. Some of the water has to be forced from the air tanks first, in order for the lift to gain enough buoyancy to raise its own dead-load. Normally there will be some movement within about 30 seconds. Once the lift contacts your boat, there will be another momentary pause while the air tanks gain enough buoyancy to begin to overcome the added weight of the boat. Regardless of the capacity of your hoist, the total lift time should not exceed six minutes. If your lift does not raise at all, or raises to the point that it contacts the boat, and then stops, it is most likely and airflow issue.

First, check to make sure that the valve handles are turned fully to the lift/launch position. Valves that are partially closed can severely restrict the rate of airflow into your tanks. Next, lift up on the hose line that connects your control center to your tanks. If the hose is kinked, or is being held underwater, then this can also prevent airflow from the control center to the air tanks. A kink will have the same effect as a closed valve. If the hose is to far underwater, then this can have the same effect. The blower motors can only push the air so far under the water level. If the hose is being held down or has a belly in it, then the depth may exceed the capacity of the blower motors. Lastly, if you have older Pedestal control that is flat on the back and round on the front, then you may need to have the motor bushing replaced in your control unit.

If the motor bushing has deteriorated, then it will allow the air generated by the blower motor to bypass the manifold and this air will not inflate your tanks. If you don’t have an airflow issue, then double check to make sure that there are no ropes tying your boat or your boat cover to the dock. When you are raising your boat, the only ropes that should be attached to it are the guide ropes that assist in aligning the boat over the lift. If your lift will not lower, with or without the boat, then it is most likely an airflow issue. Double check your valve handle lever(s) to confirm that they are fully in the lift/launch position. Pick up the air hose to make sure that it is not kinked or resting too low below the water’s surface.

If the lift partially lowers to the point that the top of the tanks are right at the water level, or if the lift comes back up when the boat is removed, then most likely the air hose inlet end of the tank is resting lower than the exhaust end of the tank. If this is the case, then the arm pivot bolt positions will need to be altered. Any time that you are lowering your lift after it has spent an extended amount of time in the raised position, it is a good idea to switch on your blower motor(s) and force air into the system first. If you will allow your tanks to purge air for 15 to 25 seconds, then this will ensure that you are getting good airflow through the system and will also blow out any debris that may have found its way into your tanks. This will prevent the debris from being sucked into the hose nipple and obstructing airflow.

Visit our About Us Page to learn more about our company. Watch our How-To Videos.

How Does a Floating Lift Work? 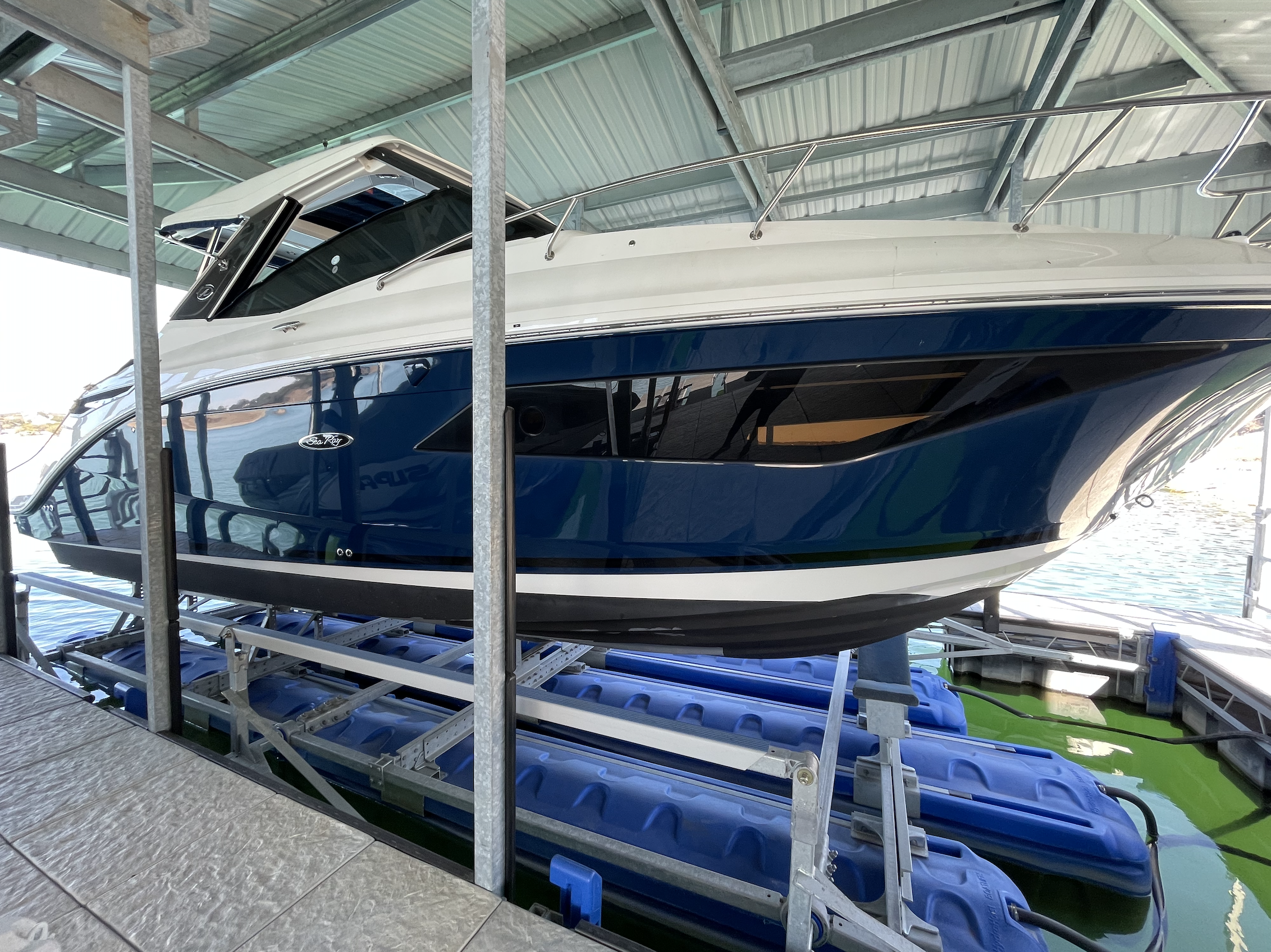 How Do You Take Care of a Boat Lift?

How to select a PWC platform or lift system

How to Install a PWC Lift 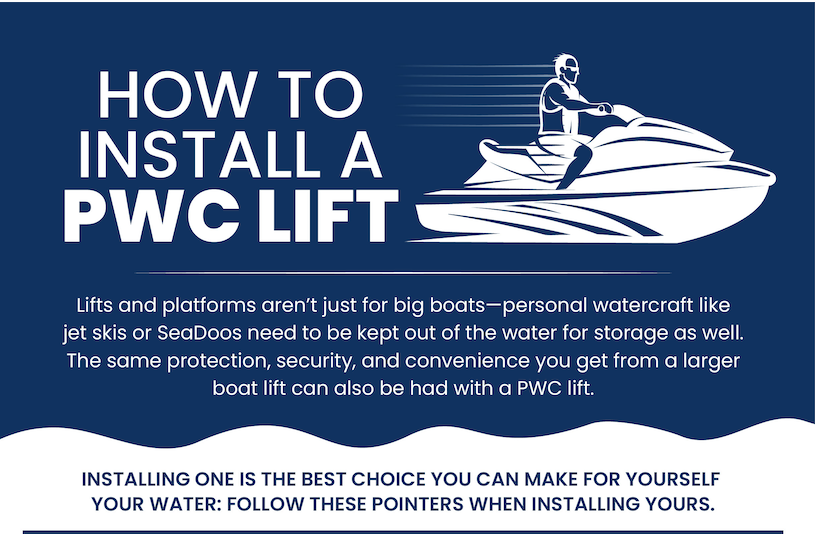